The Red Bird is the iconic bird that appears on the app icon and is the first one you’ll see in the beginning levels. Typical. They would have to be first!

Red Birds remind me of a gang of self-loving braggarts. They squawk and mumble and soar through the air only wreaking minimal damage to their targets. The Red Birds are more entertaining than lethal. They eventually win in the battle of words by their persistence, not their precision. If you listen closely, most of the noise is self-aggrandizing—it’s all about them and has very little to do with you. The way they win is by wearing you down.

Alcoholics that are braggarts, or Red Birds, suffer from feelings of insecurity and fear, which is common a common trait of all addicts. If braggarts had a family crest, it would be a proud Red Bird with an expanded chest, sporting a super-hero cape with a big P on it—Pride.

For pride, leading to self-justification, and always spurred by conscious or unconscious fears, is the basic breeder of most human difficulties, the chief block to true progress. ~ Twelve Steps and Twelve Traditions 2011, p 48

The only prop necessary for the Red Birds is a megaphone, which they will not share. They migrate to any stage or forum where there is a captive audience. People begin to avoid being attacked by their bombastic tirades. Because of their self-absorption, when they walk into a space, people quickly try to escape. When the Red Bird flies after the green pigs, the pigs hide in the grass and in shelters. It’s instinct.

These are some of the common characteristics of braggarts: arrogance, stubbornness, martyrdom, self-absorption, showing off or use of gross language. Perhaps the most irritating and common is the know-it-all big shot behavior, which was common even in the 50s when the companion to the Big Book was written.

Thus blinded by prideful self-confidence, we were apt to play the big shot. ~ Twelve Steps and Twelve Traditions 2011, p 92

It may seem that nothing works when it comes to the braggarts, but that’s not true. What we do from instinct, certainly won’t. We usually ignore them, change the subject and try to let them see how bored we are. How could that work? The braggart would have to be paying attention to us for them to get message.

Picture this: you’re politely trying to give a subtle cue by looking bored or ignoring them. What are they doing? Talking, preening their feathers, shining their megaphone and finding a forum. Are they looking for your nonverbals? Nope. They’re looking for the limelight.

So if the cold shoulder or polite change of the subject doesn’t work, what does?

Strategies for the Red Bird braggarts:

In other words, with the braggarts, you overtly direct the conversation and then reward the appropriate responses by giving them what they need—attention.

Don’t be such a green pig, cowering in the grass. Do something!

PS: Keep comin’ back. The Blue Bird Bullies are next. 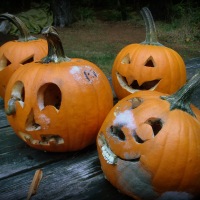 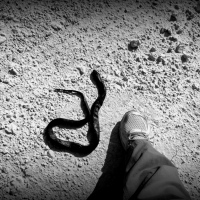