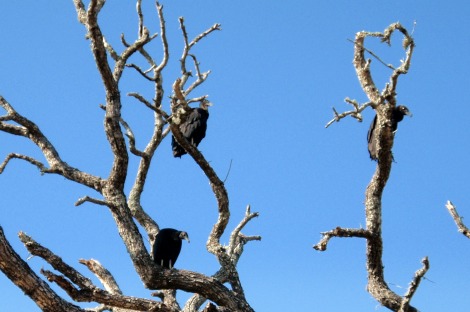 I had an epiphany yesterday. I’ve recently bought a new fifth wheel and requisite dually. Along with that comes more room to live and more financial pressure. (Did you catch that, the pressure?)

I could see it as responsibility or privilege of ownership, but no, it feels like pressure to me. There are some ways that I’m a typical alcoholic. One of those is having more than the average level of fear. God had removed the extreme level of this character defect during my first years of being sober, so I’m surprised by the feeling of fear. I’d forgotten how it feels to have fear be the general backdrop of my life.

I love my life and I love the new fifth wheel! The only negative about the new digs is that ants have gained a foothold. I first saw them outside in the water hatch, then under the sink and today on the counter. The invasion is progressive, like fear. Next thing I know–I’m buzzard bait!

These fears are the termites that ceaselessly devour the foundations of whatever sort of life we try to build. ~ Twelve Steps and Twelve Traditions, 2011 p 84

I’ve heard fear described as coming from one of two camps: fear of never getting what we want, or fear of losing what we have. I don’t care which anthill they rise from, fears eat away at a person, piece by little piece they take all my peace.

I used to have very little financially. It seemed easier to trust that God would provide when I had little than it is to trust him to keep providing when I have more. I always have been more comfortable with being a ‘have not’ than a ‘have’ kind of person.

That was my epiphany. I’m afraid of blessings!

When a job still looked like a mere means of getting money rather than an opportunity for service, when the acquisition of money for financial independence looked more important than a right dependence upon God, we were still the victims of unreasonable fears. And these were fears which would make a serene and useful existence, at any financial level, quite impossible. ~ Twelve Steps and Twelve Traditions, 2011 p 121

I was only gone from my position as a gate guard for three weeks, but when I returned, I was no longer serene with a sense of usefulness. I thought that returning to the same position and getting back into my usual routine would be the solution. It hasn’t been.

Yesterday, I decided to give God the new acquisitions and stop hanging onto them with a closed fist. OK. If I lose it, so be it. If not, then it’s alright to be happy with my new digs and concentrate on praying for all the guys on the rig and being a bright spot in their day as they come and go from the site.

Two of our guys were arrested and in the slammer overnight for public intox. When they got back I was happy to see them and today I’m baking brownies for the crew.

When, with God’s help, we calmly accepted our lot, then we found we could live at peace with ourselves and show others who still suffered the same fears that they could get over them, too. We found that freedom from fear was more important than freedom from want… It did not matter too much what our material condition was, but it did matter what our spiritual condition was. ~ Twelve Steps and Twelve Traditions, 2011 p 122

PS: How does fear feel? I had a hard time describing it. Even more confusing, I don’t recognize when it starts. 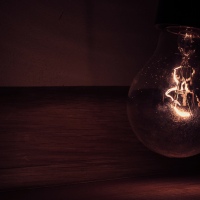